An Outstanding Heritage in the
Heart of Dravidian Culture

Since the time the community was founded, the Chettiars have upheld a vision of urban planning and development and have built thousands of palatial homes forming architectural ensembles which make this area an outstanding heritage region.

The Chettiars belong to a lineage of wealthy traders and financiers who made their fortunes by extending their business to the whole of Southeast Asia, particularly during the 19th century when they were at the peak of their economic power. As a result of their traveling, the Chettiars integrated diverse influences into their traditions which contributed to their uniqueness. Their villages were constructed upon precise and sophisticated rules of urban planning, represented namely by orthogonal streets and specific water management systems. 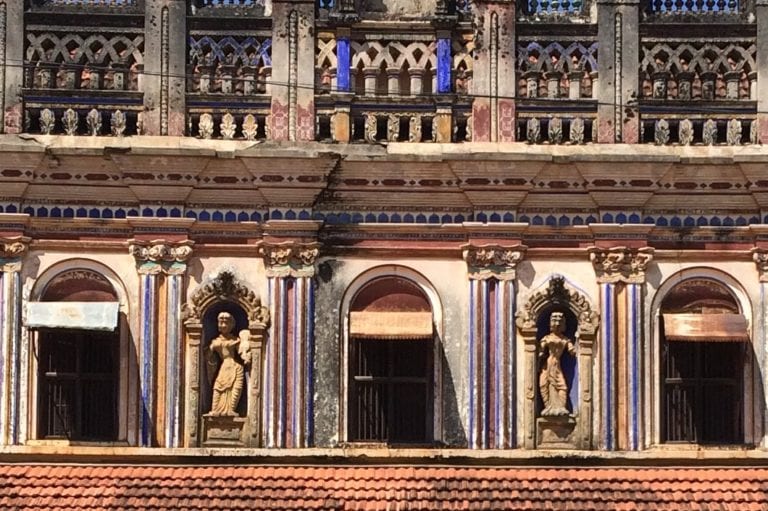 The houses, which architecture evolved over two centuries, are veritable palaces, and one can see hundreds of them in each village… (read more) 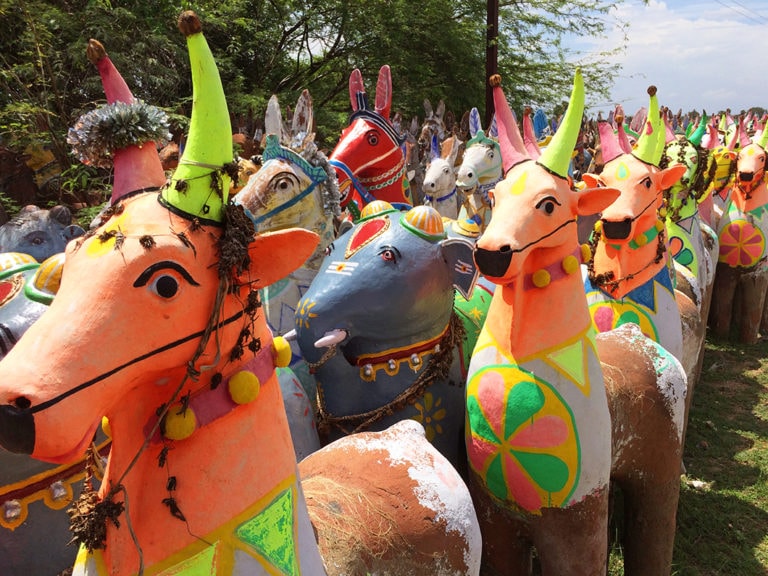 Ayannar is the Tamil God “of everything “: rain maker, god of children, cattle, villages, earth, nature and villagers. He is present in rural areas… (read more) 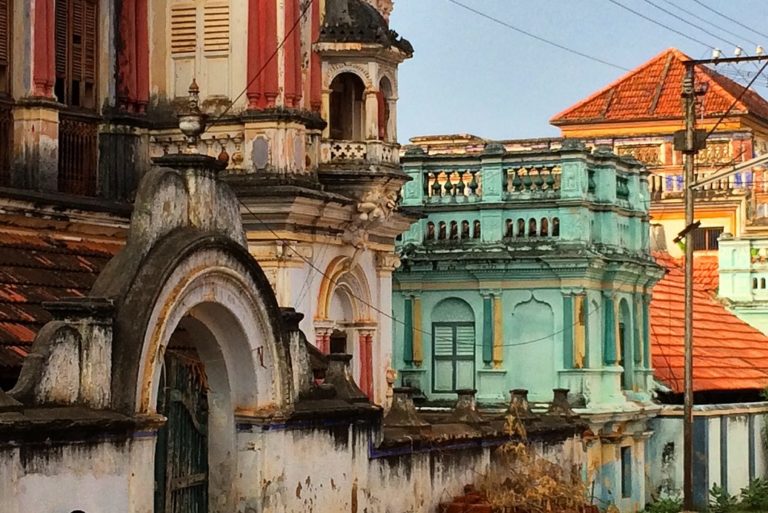 Chettinad was submitted in June 2007 for endorsement by the World Monuments Fund, a New York based organization supported by the great … (read more) 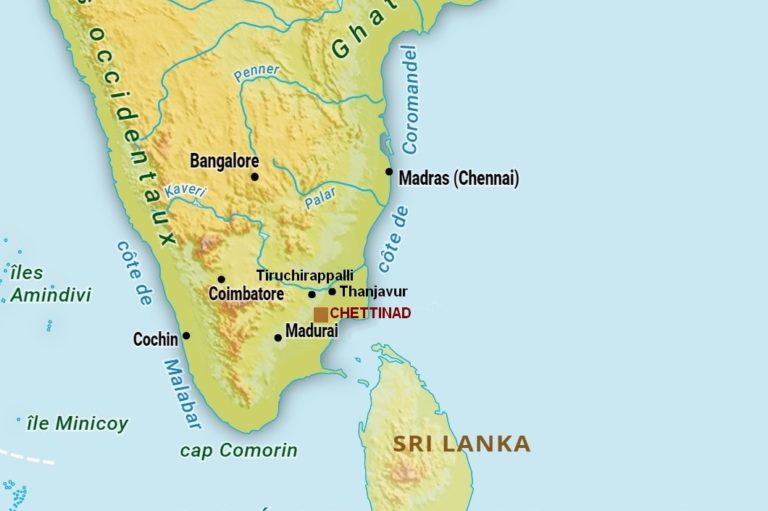 The Chettinad is located in the heart of a triangle formed by the great heritage sites of Dravidian India that are Thanjavur in the North East, Trichy in the North… (read more)