A Cultural Region known for its
Outstanding Heritage

Chettinad was submitted in June 2006 to the Watch List of the World Monuments Fund, a New York based organization supported by the American Express Foundation and was included into the Watch List in 2008. The UNESCO New Delhi office launched in 2006 the “Revive Chettinad Heritage Campaign” together with the Government of Tamil Nadu in order to propose a plan for the preservation and the conservation of its outstanding tangible and intangible heritage.  The campaign undertook detailed documentation and inventory programs as well as seminars on heritage preservation and heritage-based development.

As a result of these researches the Campaign get the support of Advisory Committee on World Heritage Matters (ACWHM) which led Chettinad for inclusion in April 2014 into the World Heritage Tentative List of India under the name “Chettinad, Village clusters of Tamil Merchants”. The dossier was submitted by the Government of Tamil Nadu to the Permanent Commission to UNESCO.

We hope, thanks to these efforts, that Chettinad will be tagged as UNESCO World Heritage Site in the coming years in order to undertake the process of preserving and conserving this unique heritage. 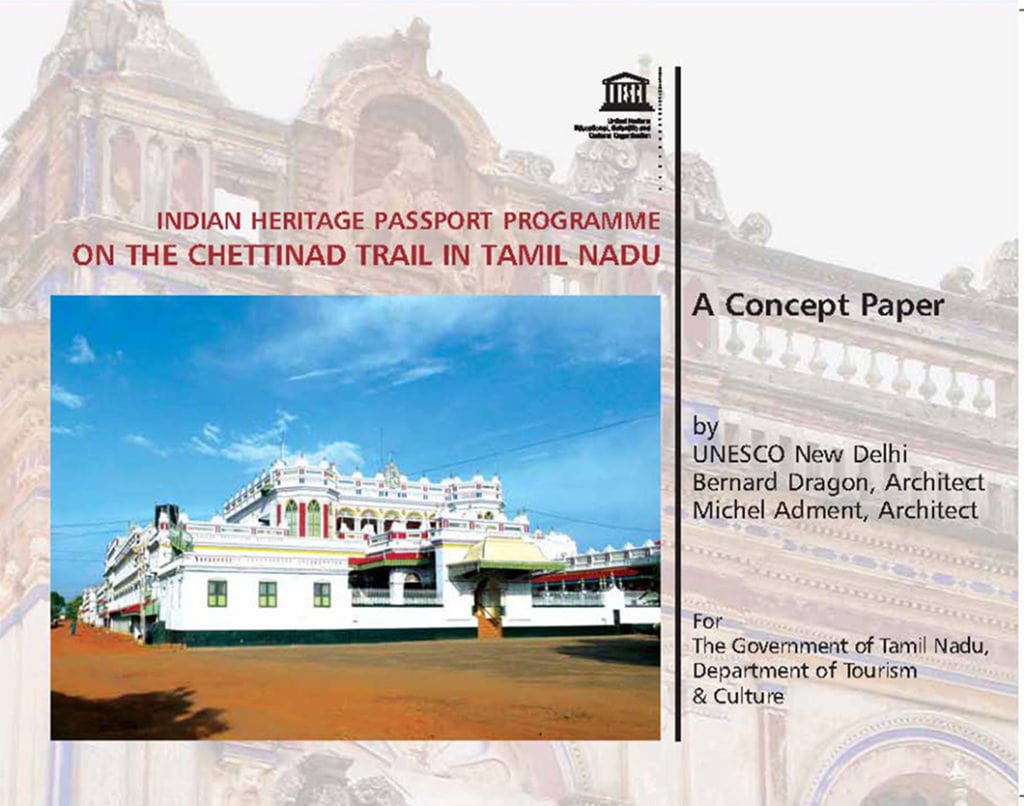 The booklet is a general inventory of the region and aims at sensitizing the local and national authorities as well as the local community to outstanding values of the Chettinad heritage. 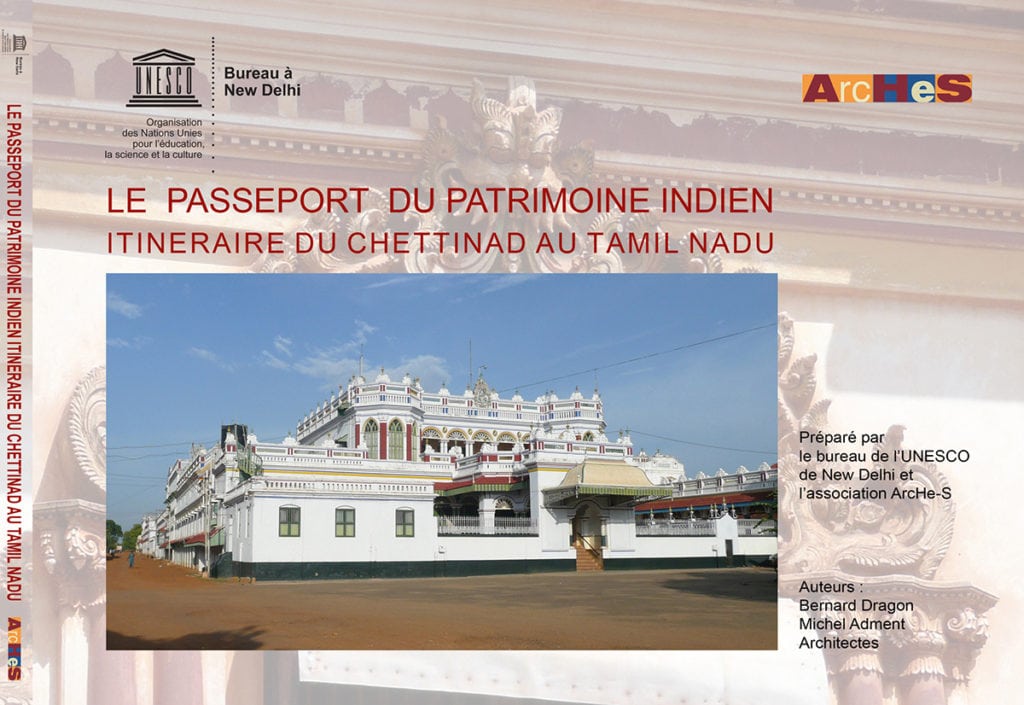 It was published in French version in 2012 with the support of the French Centre region under the name “Itinéraire du Chettinad au Tamil Nadu”. 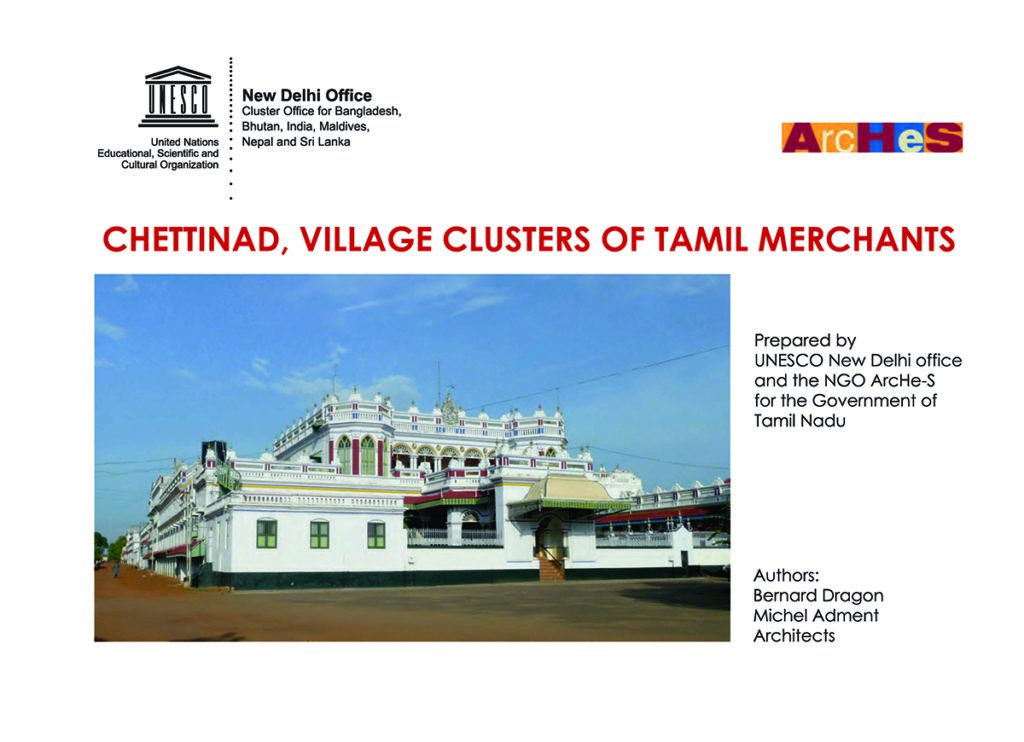 A third version was published in 2016, after the inclusion into the UNESCO Tentative List of India, under the name “Chettinad, Village Clusters of Tamil merchants”.